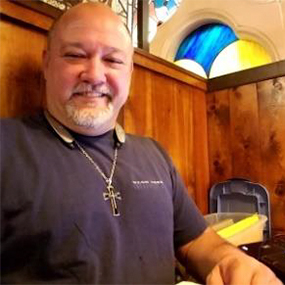 The Chairman of the Arizona Film Expo, Daryl F. Mallett is a Christian and dad to five beautiful children. He is also an award-winning actor, producer, writer and a partner at Caribou Moving Pictures LLC. As an actor,

Mallett has appeared in Carmady’s People: The Case of the Reluctant Major (1986), “Star Trek: The Next Generation” (1987-94), Cannibal Women in the Avocado Jungle of Death (1989), Star Trek VI: The Undiscovered Country (1991), “Star Trek: Deep Space Nine” (1993-99) and National Treasure: Book of Secrets (2007). He was Producer on short film Retrocausality (2019), Assistant to the Producer on The Message (2004) and Associate Producer on Illusion (2005). He is also serving as writer and producer on a dramatic TV series in development called “Falcon Field”, based on his history book of the same name. He is an award-winning stage actor as well, appearing in over a dozen productions, including “Pirates of Penzance” for the Carson Civic Light Opera and won a Drama-Logue Award and an Ebenezer Award for his performance in “A Christmas Carol” (1991). As an author, Daryl has published 19 books, has edited over 50 books and has a few more coming in the next two years.