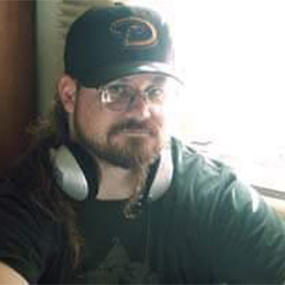 Ethan Moe is the director of three short films, Rude Awakening (2002), The Message (2004) and Retrocausality (2018), and has served in numerous other positions in the media industry, including 1st assistant director on Illusion (2005), editor on The Heartbreaker (2003), gaffer on Cookies for Callie (2003) and best boy/grip on Rosa Peligrosa (2002), as well as visual effects, property master, script supervisor, sound engineer, boom operator and more. In 2001, he co-founded Lime Wrangler Productions with seven other members of the Phoenix Screen and Stagewriters Group. He is a partner in Caribou Moving Pictures LLC, where he serves as staff director/cinematographer.